Description
Aerial attack drone equipped with a gattling gun. When deployed, this flying unit will attack ground targets. It can be assigned orders if needed.

The Vulcan is a light aerial attack unit. It damages ground units from the safety of the air, and can only be targeted by mechs and Anti-Air. It can fly over obstacles and be assigned orders.

The main advantage of using the Vulcan over other light units is that it can only be targeted by anti-air and mechs, and can fly over all obstacles, allowing it to take a direct route to its destination. 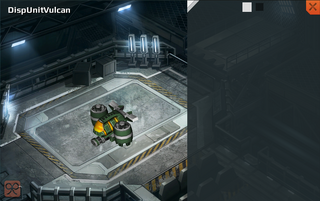 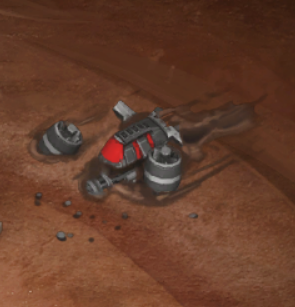 Vulcan Wreckage
Add a photo to this gallery
Retrieved from "https://airmech.fandom.com/wiki/Vulcan?oldid=36783"
Community content is available under CC-BY-SA unless otherwise noted.