Description
Using the standard Soldier chassis as a base, this modified infantry unit is equipped with a jetpack which allows it to fly to its targets. But it can still land and capture enemy buildings like a normal infantry unit. It can be assigned orders if needed.

The Rocketeer is a flying infantry that flies to its target, avoiding obstacles and ground units. It can shoot while flying and can only be damaged from the air. Once it reaches an outpost, it lands and shoots. 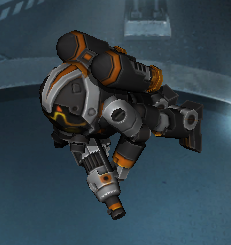 Rocketeer
Add a photo to this gallery
Retrieved from "https://airmech.fandom.com/wiki/Rocketeer?oldid=37532"
Community content is available under CC-BY-SA unless otherwise noted.