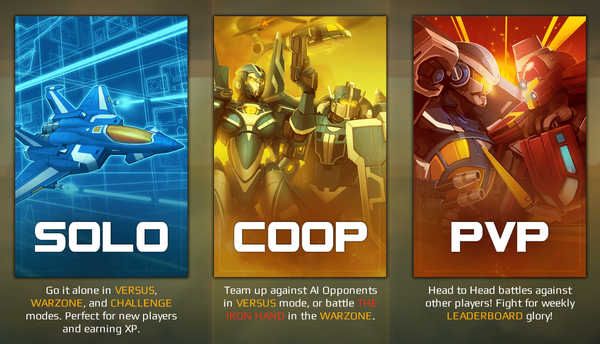 AirMech offers many different modes of play, most of which revolve around destroying the enemy's fortress. There are three main gamemodes, with multiple types of games to play in each mode. 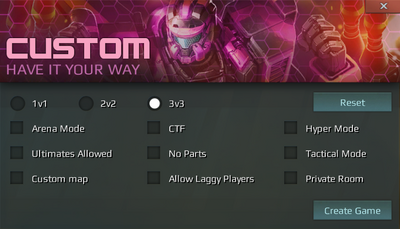 Retrieved from "https://airmech.fandom.com/wiki/Game_Modes?oldid=35972"
Community content is available under CC-BY-SA unless otherwise noted.