Description
The most sophisticated and efficient missile defense turret ever constructed. Second to none in destroying incoming enemy missiles.

The Aegis is an anti-missile Turret unit. Rapidly fires a laser at incoming enemy missiles that has a 40% chance of shooting it down. Although it cannot attack ground or air units and mechs, it is the only unit that can engage enemy projectiles.

The Aegis is a remedy to Seeker and Bucky in which the enemy builds a large number of Seekers or Buckies to prevent you from harassing their armies and/or outposts. To someone without an Aegis, it may be somewhat difficult to outrun, outmaneuver, or shoot down every missile launched, so building an Aegis or two gives you some security in contested areas.

The Aegis can be used to support your pushes. The long range of Aegis means it can shoot down missiles from a distance. It's a good idea to push with an Aegis if any of the aforementioned scenarios exist on the enemy's defense. Doing so can make your workload much smaller. 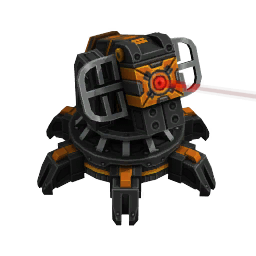 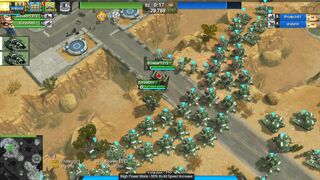 Aegis Defense
Add a photo to this gallery
Retrieved from "https://airmech.fandom.com/wiki/Aegis?oldid=37140"
Community content is available under CC-BY-SA unless otherwise noted.